The Forex markets look like they are ready to retrace a little bit as the US dollar seems to have gotten a little bit ahead of itself. With that being the case, we looked  at particular currency pairs in order to get a feel of where the markets are going to go in general. The first one is the EUR/USD pair, while the other one is the GBP/USD pair.

Both of these markets have made significant moves lately, with both of these pairs falling. Without a doubt, the EUR/USD is a little less convoluted in the sense that the European Union seems to be struggling with the potential deflationary pressures coming around the corner. With that, the European Central Bank will pursue a relatively loose monetary policy ahead, and while the Federal Reserve looks to cut back on quantitative easing, this sets up a little bit of a “perfect storm” as the Euro will continue to take it on the chin. However, you can see that the weekly chart below has formed a hammer, and just above the 1.28 handle. Because of this, we feel that a bounce is coming, as the market retraces some of the losses. 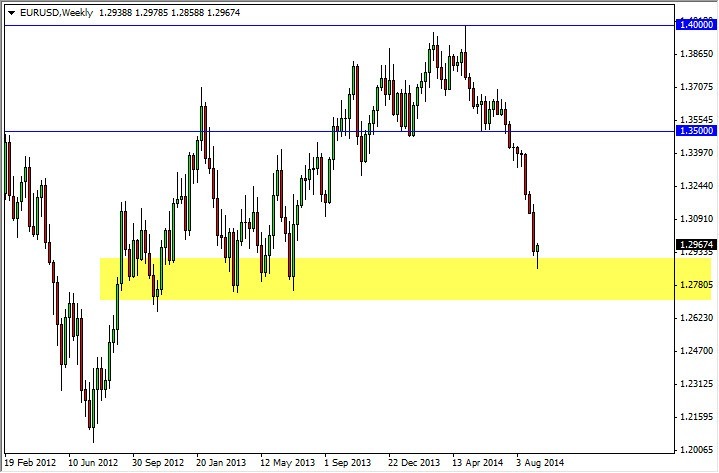 We believe that the real action will be found in the GBP/USD pair. After all, we got the same candle for the weekly chart, with the Pound at the 50% Fibonacci retracement level from the larger move.  On top of that, this is almost undoubtedly in reaction to the potential exit of Scotland from the United Kingdom.

However, the fact that we are starting to see buyers step into this marketplace a few days before the referendum tells us that there is at least a significant amount of money below looking to start buying the British pound. We believe that this could be one of the best trades out there right now, and therefore on a break above the top of the hammer from the week, we are more than willing to buy the British pound as we believe if Scotland does in fact vote to stay in the United Kingdom on Thursday, this pair will absolutely skyrocket to the upside. 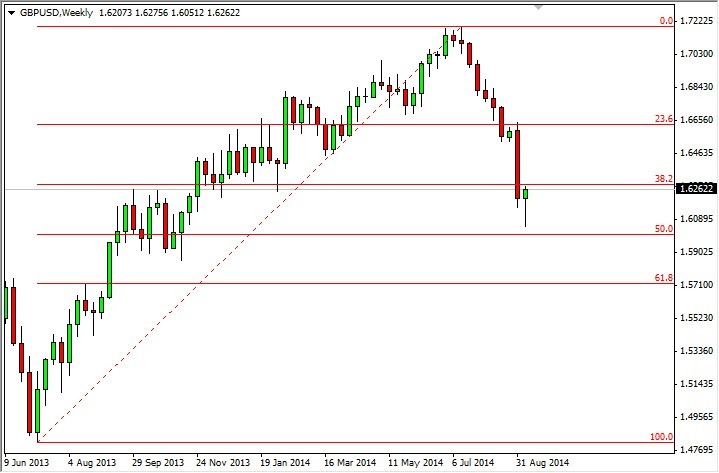