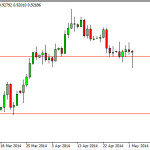 The Forex markets were focused on the Non-Farm Payroll report this past week, and it didn't disappoint. However, as per usual, the American jobs number got a bit of a boost due to people leaving the workforce. This isn't what the US needs to be doing, but in the end – it appears that the markets finally “got it right.” That being said, the Forex markets had a lot of interesting moves, and there are a couple of set ups that we are following in particular at this point in time.

The first one we would mention is the AUD/USD pair. As you can see, the Friday session sent the pair much lower, breaking below the 0.9250 level solidly. However, by the end of the day the market turned back around and formed a perfect hammer. This tells us that the sell off failed, and that the market will more than likely look to rise from here. This has us thinking that the Aussie could rise to the 0.95 level in the near-term, and this is further helped by the fact that the trend had been fairly strong before this pullback. 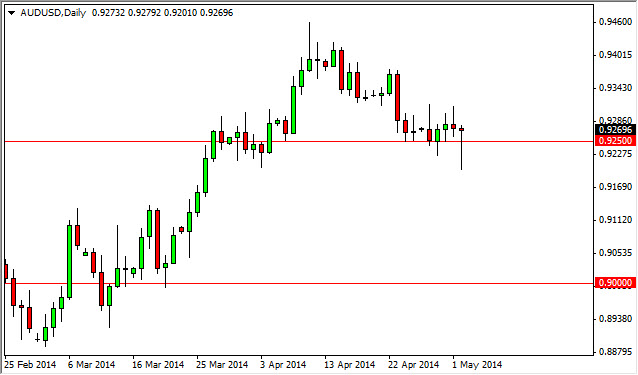 Further getting us bullish about the Aussie is the gold market. The market formed a nice looking hammer for the second week in a row at the $1300 level. This is the center of the consolidation, and as a result we think that the gold market is trying to form a bottom, and as a result this could push the Aussie higher as well. This correlation tends to work out over time, and because of this we are bullish in both markets. It should be noted that silver is also doing something very similar. 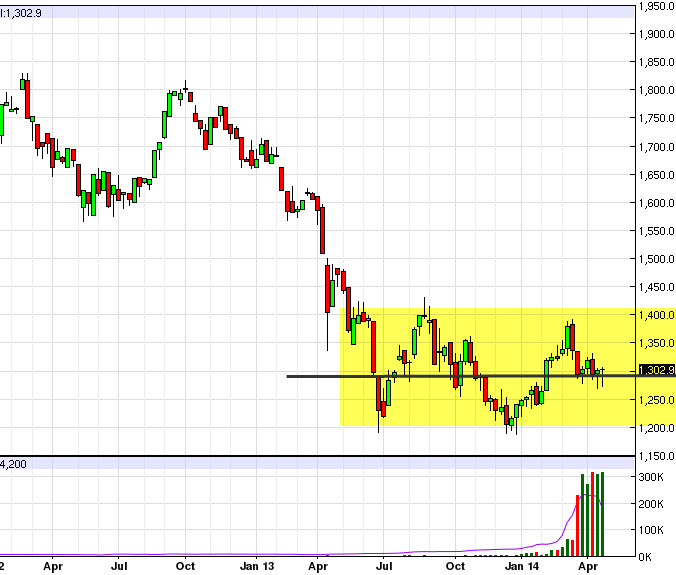 The other market that could be interesting is the USD/JPY pair. This pair is approaching a serious uptrend line from the longer-term charts, and we think this next week or two could be the “breaking point.” The trend line would push this market above the 103 level, something we need to see. The move above there has the pair looking for 105 level, and above there we go to the 110 level. The trend line is also supported by the 101.50 level, an area that has been very supportive over the last couple of months. 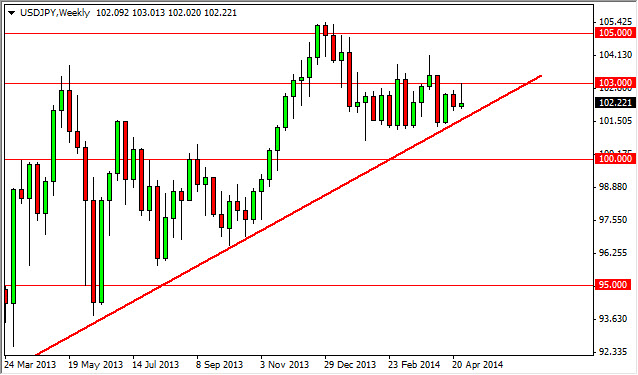