Forex markets will certainly be focusing on the employment situation in the United States later this week, as the employment situation will dictate what the Federal Reserve can or cannot do. The ability to continue to taper quantitative easing will be a massive driver of where the US dollar goes, and by extension the entirety of the Forex market. The markets could be somewhat skittish between now and the Friday announcement, but in the end the Federal Reserve will be the focus no matter what.

The AUD/USD weekly chart below shows just how important this week could be. After all, we are pressing up against the 0.9250 level, but see quite a bit of resistance in that region. This could be an area where we would see a lot of selling pressure, or perhaps a major breakout of sorts. The employment number could very well tip the scales in one direction or another, and this is why we think this week is so important. The breaking of the area to the upside should clear the Aussie to go as high as 0.95, but if the Federal Reserve still looks to taper, this pair will more than likely fall from here, looking for the 0.90 level. Below there, things could truly get ugly as the market falls apart.

The Forex markets will also be thinking about the possibility of rates going higher in the US, and that could have massive ramifications across the markets, as the USD is by far the most traded instrument. The other pair that we are watching this week is the USD/CAD pair. The pair tends to be especially sensitive to the Non-Farm Payroll numbers, mainly because the two economies are so interconnected. The Canadians send 85% of their exports to the US, and as a result need to see a strong US in order to thrive themselves. 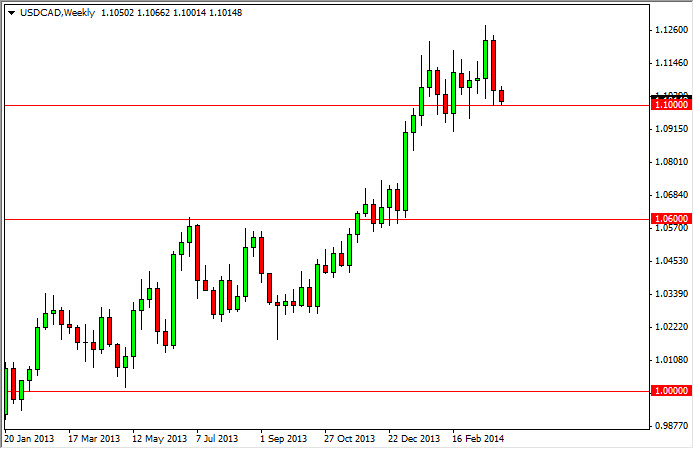 Members of the Bank of Canada have recently stated that “rate cuts aren't out of the question” in an interview, and as a result this sets up the two central banks on opposite ends of the spectrum. The Federal Reserve is looking to strengthen monetary policy while the Canadians are possibly looking to loosen, or at least stay very weak. This sets up an interest rate differential play, with the USD gaining while the CAD stays flat at the least. As you can see on the attached chart, we are finding support at the 1.09 region, with the 1.12 level acting as resistance. Until we get our jobs numbers this week, that will probably remain so.

Friday – Non-Farm Payroll. (Nothing else will matter.)