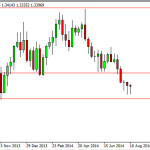 The Forex week was relatively calm overall, but we had a lot of noise in late Friday trading, as the Ukrainian conflict went hot again. However, by the end of the day, we regained a bit of “risk appetite” as the markets calmed down by the time that the Americans took over.That being said, we believe that there is going to be a bit of a bounce in several currencies, simply because we formed some anti-US dollar shapes on the chart. The most obvious one for us is the EUR/USD pair, which has formed a hammer for the third week in a row. With that, it's very difficult to believe that we won't bounce, but we do recognize that there is a significant amount of resistance at the 1.35 handle. Because of this, we feel that the Euro should have a relatively decent week. 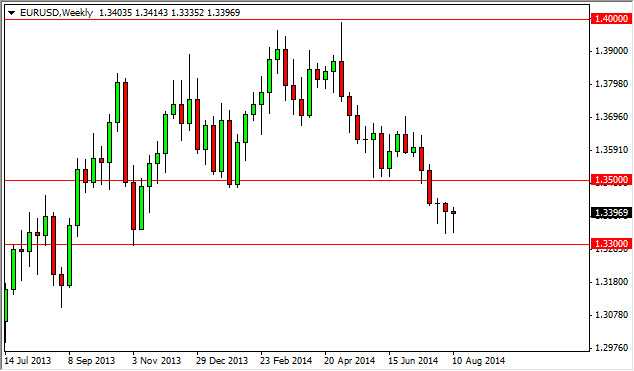 Another pair that we are watching closely as the NZD/USD pair. After all, it is a bit of a “risk on, risk off ” type of marketplace as the New Zealand dollar is certainly considered to be risk sensitive. The fact that we formed a hammer for the second, or even third week in a row depending on how you look at these candles, suggests that we are going to bounce from here as well. Is because of this the we think the US dollar will get beat up a little bit during the course of the week. That's okay though, because quite frankly this simply keeps the New Zealand dollar within the larger consolidation area between 0.84 and 0.88 or so. 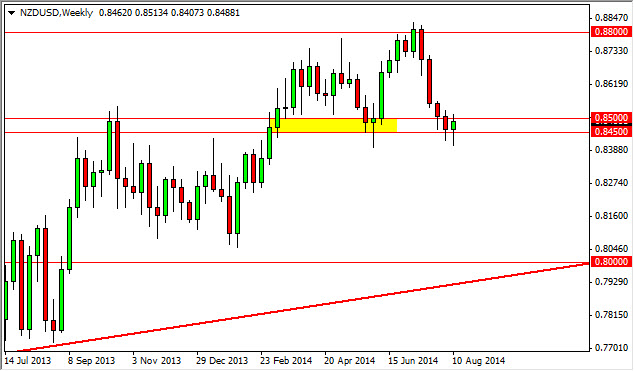