Commodity Currencies As We Enter The First Week Of January 2013 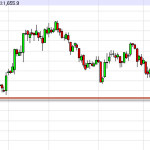 During the last week, the markets were essentially negative. There are various reasons for this, and as a result it makes for a fairly difficult environment.  One of the biggest reasons is that the holiday hours will have had most major players sitting on the sidelines and waiting until January to return. This time of year is without a doubt one of the dangerous because of this.  However, this year has been more dangerous than usual because of the “fiscal cliff” talks in the United States.

The fear is that the Congress and President won't be able to agree on some kind of solution to the issues being presented.  The fears in the market became more and more palpable towards the end of the week, and each time one of the major players in the drama speaks, the markets move.  In a sense, it seems the markets have simply been hanging on every word of these people, and because of this risk assets have been more and more difficult to trade.

The NZD/USD pair essentially went nowhere because of this. Typically, this pair will move up and down with risk appetite, and as you can see below – it fell a bit but simply couldn't get traction in either direction. The weekly charts shows a slight fall, and bounce in the end in order to form a  hammer candle. The area this pair is in should be supportive in the long run, and as a result it looks as if the pair should be somewhat supported in the short term.  If the “fiscal cliff” gets resolved – and it will sooner or later, the pair should climb from this area. There is a lot of support all the way down to the 0.80 level, and because of this the Kiwi dollar might be one of the better trades out there in the next week or two.

Another thing that could propel commodity/risk currencies higher is the fact that there is a seasonality to it.  In December, many traders will typically take profits in the precious metals in order to show profits to their clients at the end of the year. In January, many of these same people will turn around and buy gold or silver in order to continue higher for the next year. This has been going on for over ten years, and there is no real reason to think this is about to change.

There are several reasons to think that the gold and silver markets will rise again this coming year. The first reason is the fact that the central banks are buying gold hand over fist. Also, there are several major central banks “printing” currency at the moment, and the list of them continues to grow longer and longer.  Most recently, it was the Bank of Japan expressing their intent to expand monetary easing. This is a clear sign that higher gold prices are coming. Look at the daily chart below, and you can see this sudden sell off in December has stopped cold at roughly the $1,650ish level.

Going forward, you are going to hear a lot of negative headlines, but in reality the markets are setting up for a nice “risk related rally.” This could be very profitable, and as some markets such as gold will be screaming buy once the dust settles. The various commodity currencies could be a good buy in this scenario, such as the AUD/USD pair. The market has been very quiet lately, and bouncing around between the 1.03 and 1.04 levels like it is waiting for something.  It is, waiting for Congress and the President to come together on this “fiscal cliff” issue.