News Releases to Bank With: The US GDP Report 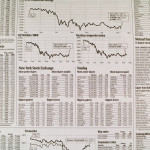 The US Gross Domestic Product (GDP) report is a measure of the change in the value of goods and services produced by the US economy after adjustments have been made for inflation. In simple terms, this is an indicator of the rate of growth of the US economy. The US GDP report is classified as a high impact news release because of the volatility it produces in the spot forex market.

a) Advance
b) Preliminary
c) Final

A lower reading for the US GDP is seen as a contraction of the US economy and sends a very bad signal to investors, so we would see more USD selling especially in its pairing with the Euro and the British Pound. If we get a higher value, this is seen as a sign of an expanding economy and we would see USD positive sentiment across board.

HOW TO TRADE THE US GDP REPORT

Now the big question is this: do you simply buy the USD when the GDP rises and sell when it falls? The answer is no. Every figure that comes out in the new release has to be looked at in context of the prevailing situation as well as past results.

For instance, it is possible to have a negative number and still have a USD positive sentiment, just as it is possible for a positive number to elicit a USD negative sentiment. It is all about the outlook. Before traders make a move in the market, they will always ask: what does the present figure mean when weighed against the prevailing economic circumstances, or when weighed against past results?

If there is a situation where there has been very little growth over a four or five year span, and suddenly, there is a result which shows even a minimal increase, either by a number being less negative than expected, or more positive than expected, we will see more USD positive sentiment. In addition, traders will also look at any other releases that have been made around the same period to see if there is anything supporting real growth, or anything pointing to a decline. So if we add a third variable to the equation in the form of a better than expected jobs report, or better manufacturing figures, or better than expected retails sales or consumer sentiment, all these would add to a more positive USD sentiment and we would see the US Dollar gain against the Euro, Japanese Yen or British Pound.

Look for an actual number whose distance from the expected number is positively greater than the difference between the forecast and the previous actual figure (the deviation).

Look for a number which differs from the expected number in a more negative way than the difference between the forecast and the previous actual figure.

In both cases, always make sure you put in context the employment figures and other news releases that give an indication of where the US economy is headed. The preferred currency pair for the trade is USDJPY, EURUSD and GBPUSD, in that order.

HINT: Always stay tuned to Bloomberg TV for in-depth analysis of the trade scenarios starting from 2 weeks before the event.

TRADING STYLES
Only trade the initial spike if you have access to ultra-low latency trading facilities. Otherwise, trade the retracement using the guidelines outlined in one of our previous articles here.