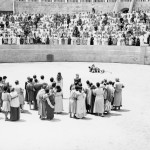 Too many traders put all their attention into trying to make money from trading Forex at the expense of a very important aspect of it – money management.

Trading Forex without paying attention to money management is like pouring water into a basket full of holes. The more you put in, the more it leaks out.

There is no point in taking so many trades to make money and then losing it all in one bad trade.   Learning to manage your funds well is like plugging the leak in your money bucket.  Below are a few key points to follow.

Forex is a highly leveraged market, meaning that any profits or losses sustained can be magnified and unlike other businesses where risk and profit is shared by partners according to the equity contribution, it is the trader’s equity that takes the impact of a trade outcome in full.

That is why it is the sole responsibility of the trader to protect themselves by ensuring that any risks to their account are minimised.

The only acceptable way to do this is to reduce the risk to the account per trade. It is better to aim for tiny profits per trade and pull them all together at the end of your investment period, than to try to get it all to happen at once, looking for that one big payday.  That is why the experts recommend keeping the risk factor to any trade in Forex to a maximum of 5%.

To illustrate the importance of the approach of using little drops of water to make a mighty ocean, here is the scenario of two traders: one keeping to this principle, and another who just wants to hit pay dirt real quick.

Trader Careful has an account with $2,000. He uses a maximum exposure of 5%, and this restricts him to 0.2 lots for each trade. He can afford to lose 4 times in succession using a stop loss of 40 pips, and all he loses will be $80 a trade or a total of $320 total, leaving him with $1,670. If he trades ten trades a month with the same TP (Take Profit) as his SL (Stop Loss), and makes 6 winning trades, he will make $480. In a month, not only will he still have enough capital to chase his dream, he will make a profit of $160 for that month. If he is able to compound his money without withdrawing from it, he would be able to grow his $2,000 account to $11,872 in one year. Trader Jay would still be on track to hit his targets because his losses were not so devastating as to cut his trade volumes or to take him out of the market.

Now steps in Trader Carefree.  Just like Trader Careful, he has a $2,000 account, trades 10 times a month with 0.2 lots initially and sustains 2 losing trades, each with a 40 pip SL. He decides to perform a Martingale style trade to compensate for his losses by increasing his exposure to 20%, using 0.8 lots for the 3rd and 4th trade. He suffers 2 more losses, but his risk exposure means that instead of $80 loss in previous trades, he loses $320 for each of the trades with increased risk. His account is now depleted to $1,200 and he is unable to trade 0.2 lots. He has to step down to 0.15 lots. He wins the next 6 trades with 0.15 lots, and makes $360. At the end of the month, he is down $440 in equity.

Notice how an attempt at “compensating for losses” with increased risk in 2 subsequent trades completely altered the dynamics of Trader Carefree”s Forex trading activity.

Not only did he lose his ability to use 0.2 lots for further trades, he sustained a net loss of $440 for the month.  5 months of such carelessness will put him out of the market.

This is a classical representation of how many traders find themselves being issued margin calls a few weeks into their trading career. The main reason is poor risk management.  With proper risk management, a trader who does not even have a high win ratio (Trader Careful has a win ratio of 3:2, which is not so fantastic) can not only make profits at the end of the month, but can actually compound his way to wealth in a few years.

Traders must learn to keep risks low in Forex, and live to fight (or trade) another day.